So here’s a fresh subject: Gen Z. It’s come to a point where the next generation is infiltrating the workplace and instead of viewing the potential change in workplace culture as a threat or task of adjustment, let HRMatrix help you review the positives, because they certainly exist! Gen Z have incited social change globally, and surely educational systems, industries, and media have turned a leaf- for the better. It’s time for companies to acknowledge and account for Gen Z.

The fundamentals this generation has regarded caters to the respect of race, gender, and sexual orientation socially. Yes, these are age-old protocols for businesses, however, the difference is these values are treated as long-term trends and to reject them is an action that treats one as a pariah. In a sense, it’s cool to be good. That may sound superficial, but Gen Z means well.

So, as different generations collide in the workplace, as a new and bold generation is introduced to the workplace, how do you prepare? What should you expect? Here are a few to begin with.

Generation Z perceives respect as something to earn, and it is not provided on the basis of age or position. Of course, that doesn’t mean there is room or permission for the opposite. They are not an aggressive “people,” it’s just that their morality collimates with logic, and that is a good thing.

It’s easier to figure out, and easier to mitigate when in a state of conflict. Again, these values are not reduced to a superficial element, if anything, the previous workplace eras regulations were frankly surface level. Gen Z accounts for feelings indeed, but they do not permit harmful choices against the innocent.

Note: Gen Z has abolished a lot of constructs and ideologies, and again, for the better. They have elaborated over the social constructs of between genders, instigator and victim roles, and the respect of different, personal representation. This is very important to note, because it will apply to your workplace. Everyone, even employees that are gen Y or older should be treated with respect and essentially be held accountable for their actions.

They are Not Children Anymore

What does this mean? It means the portion of Gen Z that is eligible to work and are legal adults are not immature. They haven’t been since high school probably, and that is, because of the exposure to knowledge and the thirst for knowledge too. Gen Z is a competitive generation, but not a hurtful one. They are looking to better themselves, and what better way to do so than to study their craft, refine their prospects, and manifest their most successful intentions.

They have a strong preference for right versus wrong, and that may be a basic example of human consciousness, but it is put into advanced motion to achieve and excel. They are the most cooperative and innovation generation, because of the access to information at their fingertips. It’s best to not underestimate them.

They are not Just the Digital Generation

That’s right. Gen Z has more to offer than a tech-savvy resume. The point here is, the younger crowd craves human interaction or interpersonal relationships, because the goal is to achieve a fulfilling life in and out of the workplace. So, get involved with them, and get to know them, because they are basically avoiding that exhausting, draining experience of the drone-like lifestyle which is a common workplace narrative that older generations endured. They want to feel like their workplace is vibrant, and the experience resembles a bright palette of human emotion and satisfaction instead of the drab, bland, and boring life between 9 to 5.

The last topic is a great segway into more detailed tips on how to create interpersonal relationships. Begin with the delightful inquiry about their pronouns. It may seem different to you, because previous workplace cultures did not account for this. Some, in fact a majority, will respond very graciously to this as the Gen Z world very much so acknowledges and respects pronouns. You should too!

After the new employee settles in, invite them for a quick chat to get to know them. Make sure and see if they are introverted or extroverted. Try to get a sense of their background, and what keeps them motivated. This will actually go a long way, and overall, Gen Z does run on heart as much as they do on logic, so your employee will not only appreciate it, but also reciprocate the effort. 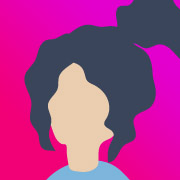 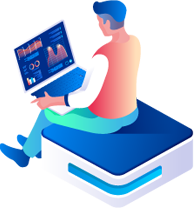